Heat Wave in the Nature Park

The South Pasadena – Arroyo Seco Woodland & Wildlife Park (S. Pas Nature Park) is usually hotter than my home garden by a few degrees. It measured 114º at home and so we were concerned about how new and old plants survived the heat wave in the park. As  expected, it was a mixed bag. Many trees, old and young, exhibited significant leaf burn. The golden current shriveled up and went dormant. The toyons had significant leaf burn and younger plants don’t look like there is much chance of recovery. Some plants, though, seemed to be just fine. Surprisingly, the narrow-leaf and showy milkweeds were green and lush. Laurel sumac was unfazed. Golden bush should be just fine. Many of the flowers of the Calif buckwheat dried up, but bees are still finding flowers to visit.

Here are some pictures of the park. 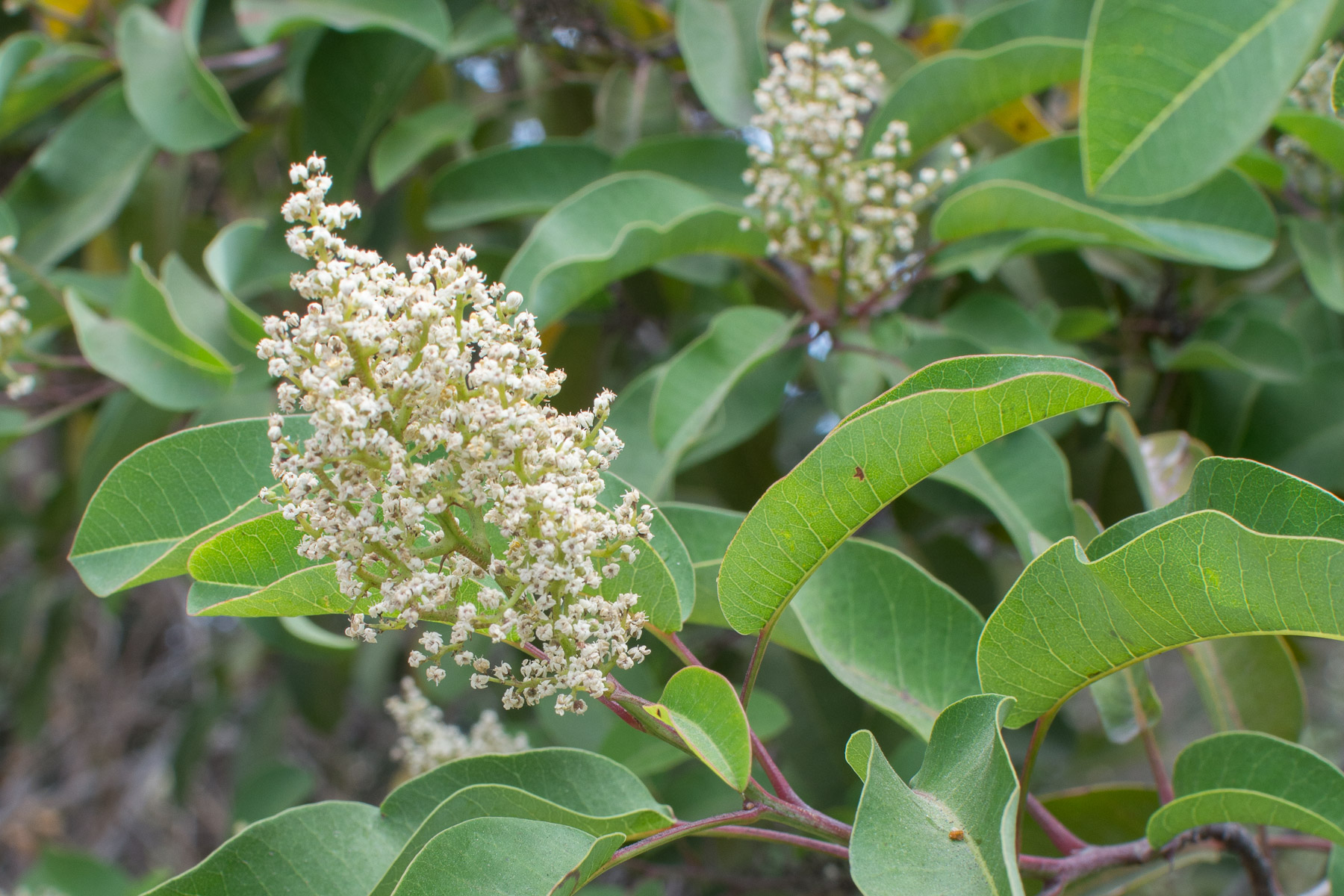 Malosma laurina
Laurel sumac stood the heat better than any other plants. 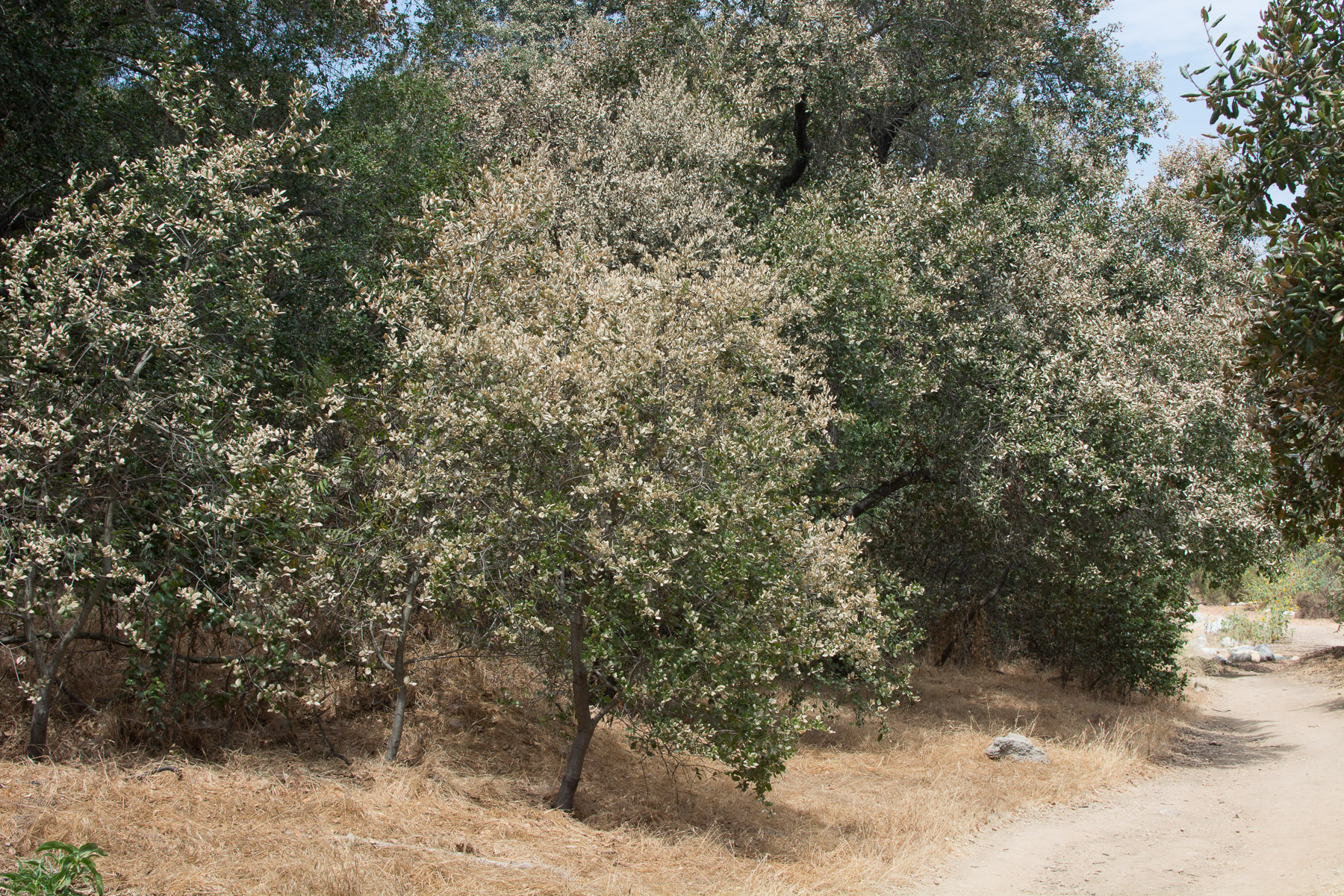 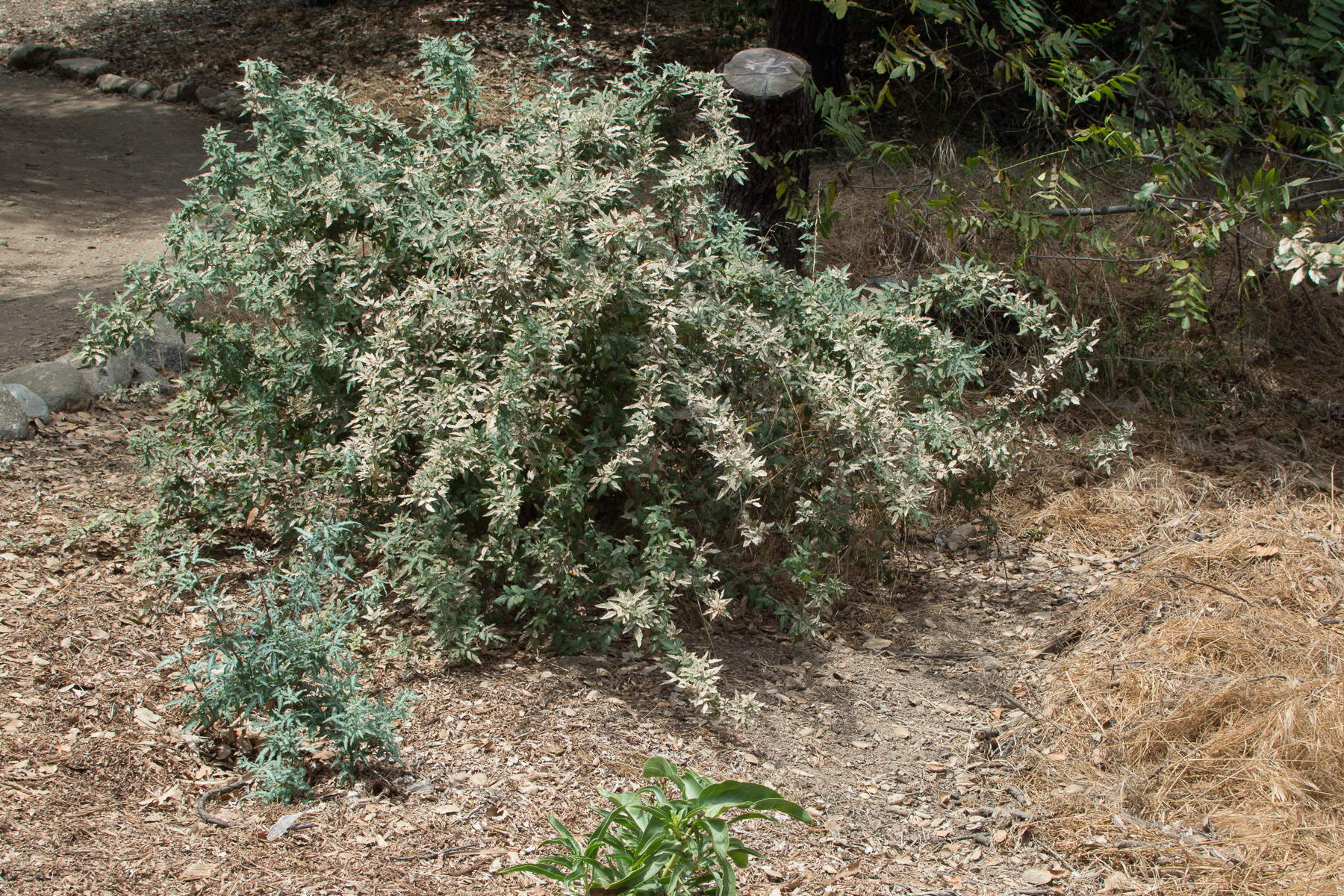 Berberis nevinii
This Nevin’s barberry used to live under a Southern CA black walnut. The dead walnut was removed about a year ago. Now this 14 year old barberry has gotten a serious sun burn.

Juglans californica
Some So Cal black walnuts did okay. This one, not so much 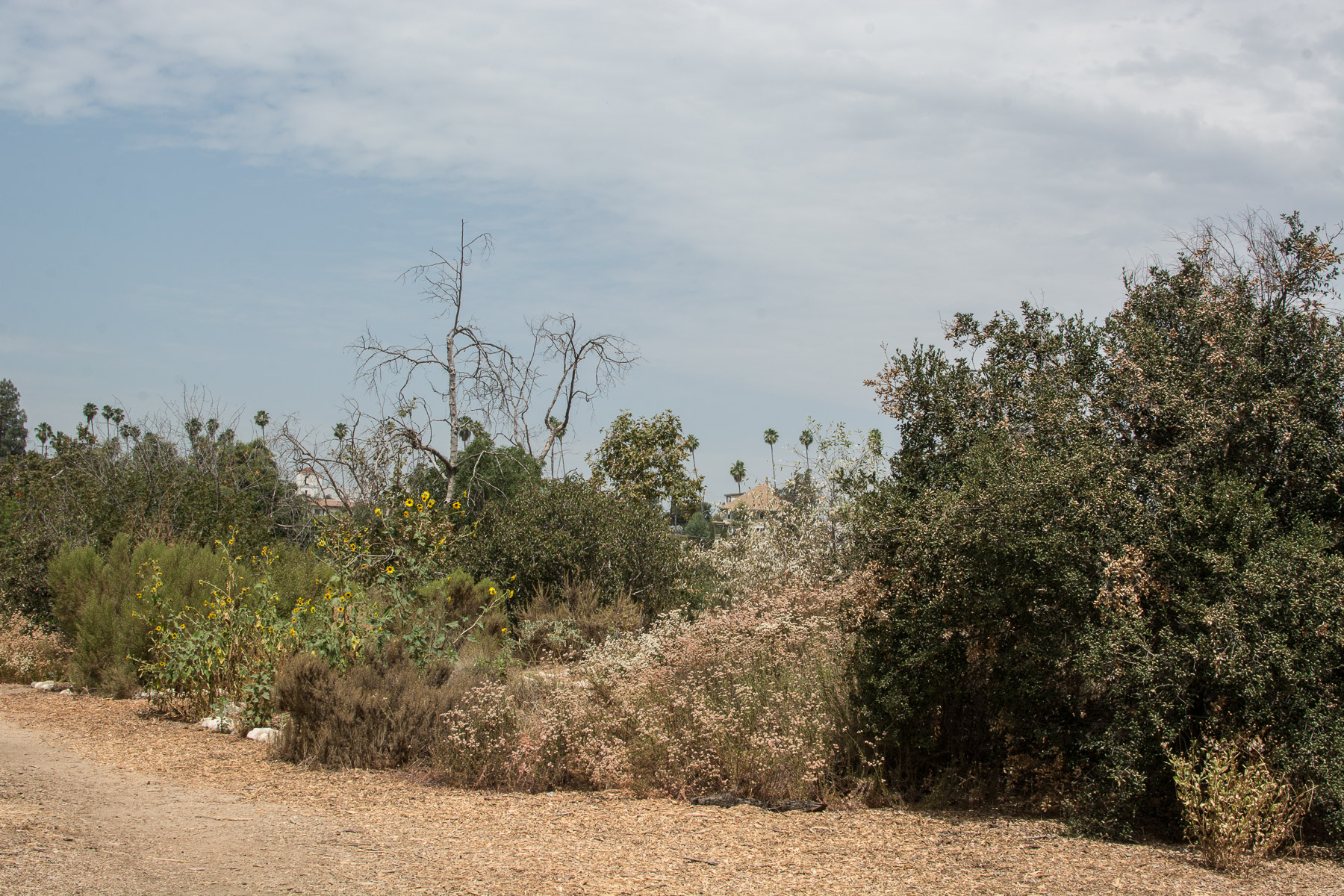 Coastal sage scrub
View of park showing the CA buckwheat flowers burning out. What will the bees do? 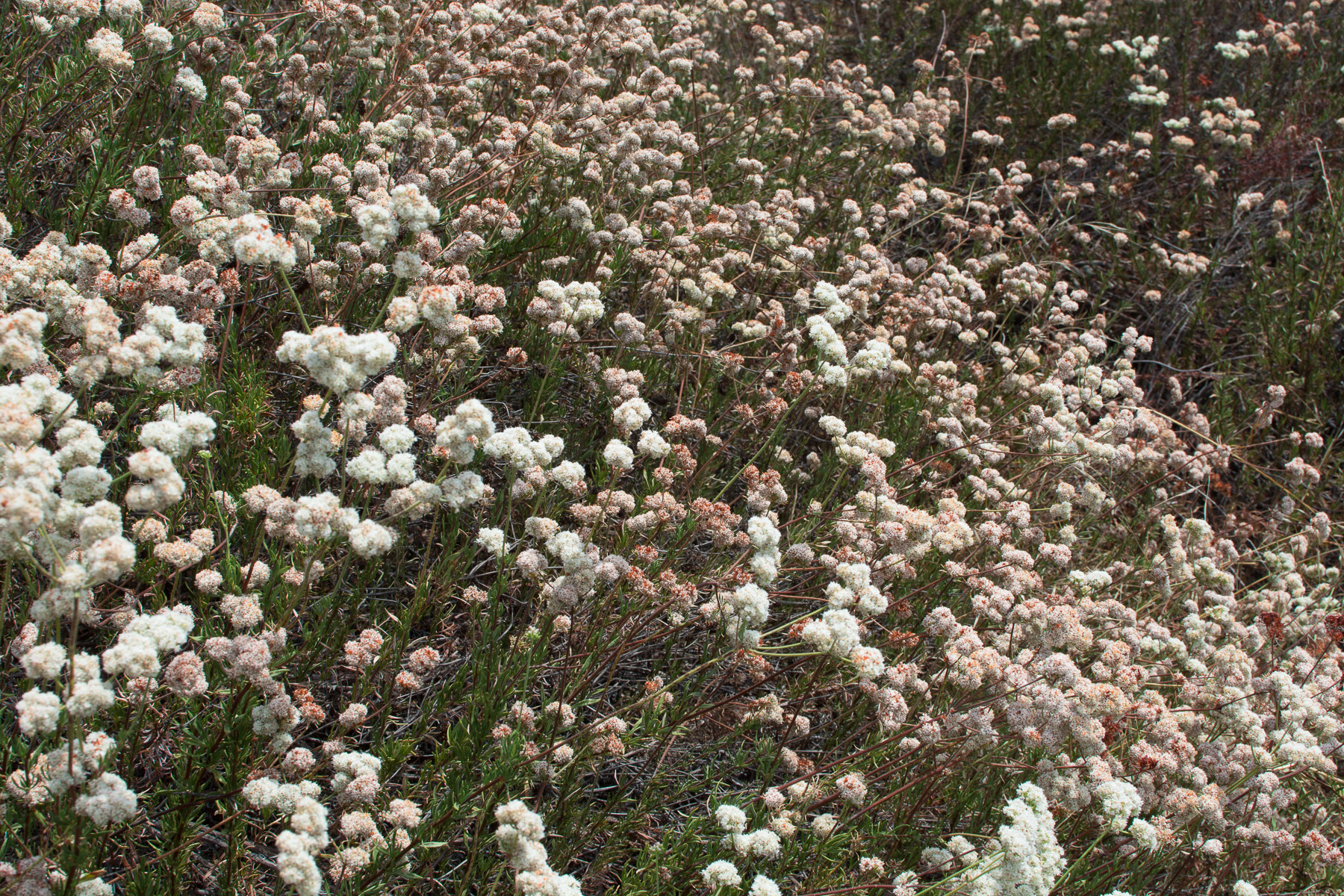 Eriogonum fasciculatum
Some of the buckwheat flowers survived the heat but many didn’t. This will have an impact on pollinators for sure. 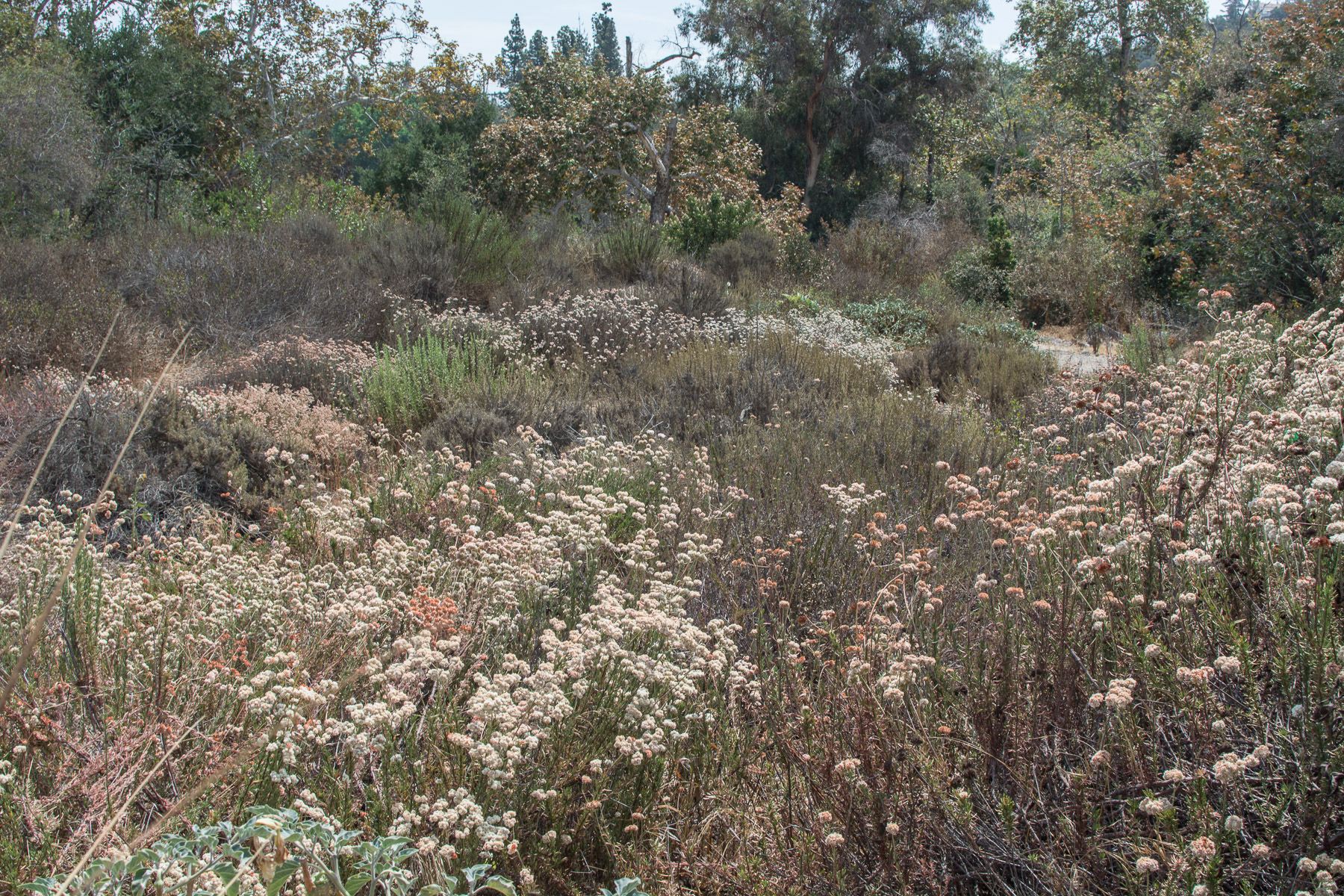 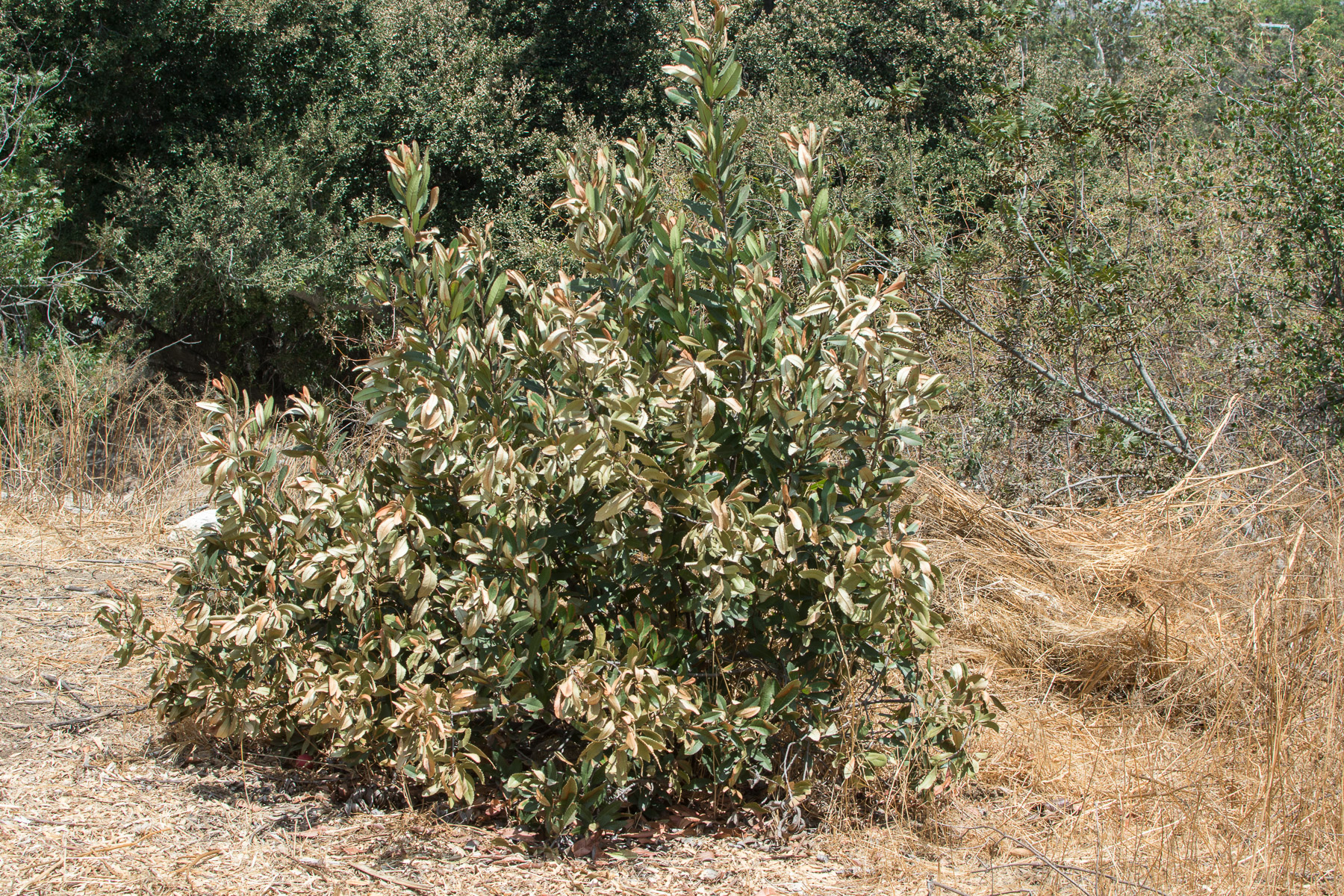 Heteromeles arbutifollia
Toyons were badly hit by the 114º plus heat. The older ones will probably be okay, many young ones just won’t make it. 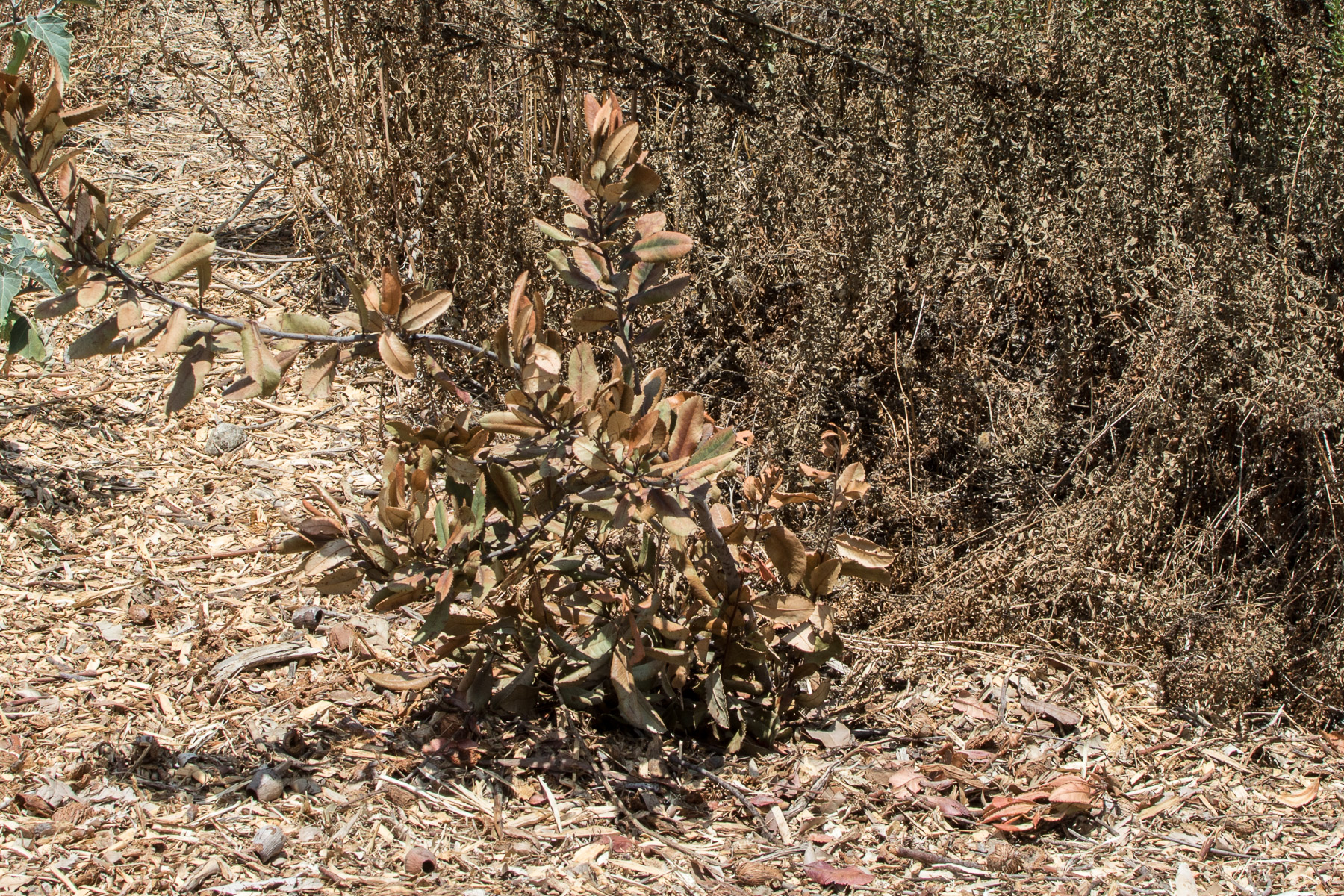 Heteromeles arbutifollia
Here’s a young toyon that probably is a gonner, but we will see. 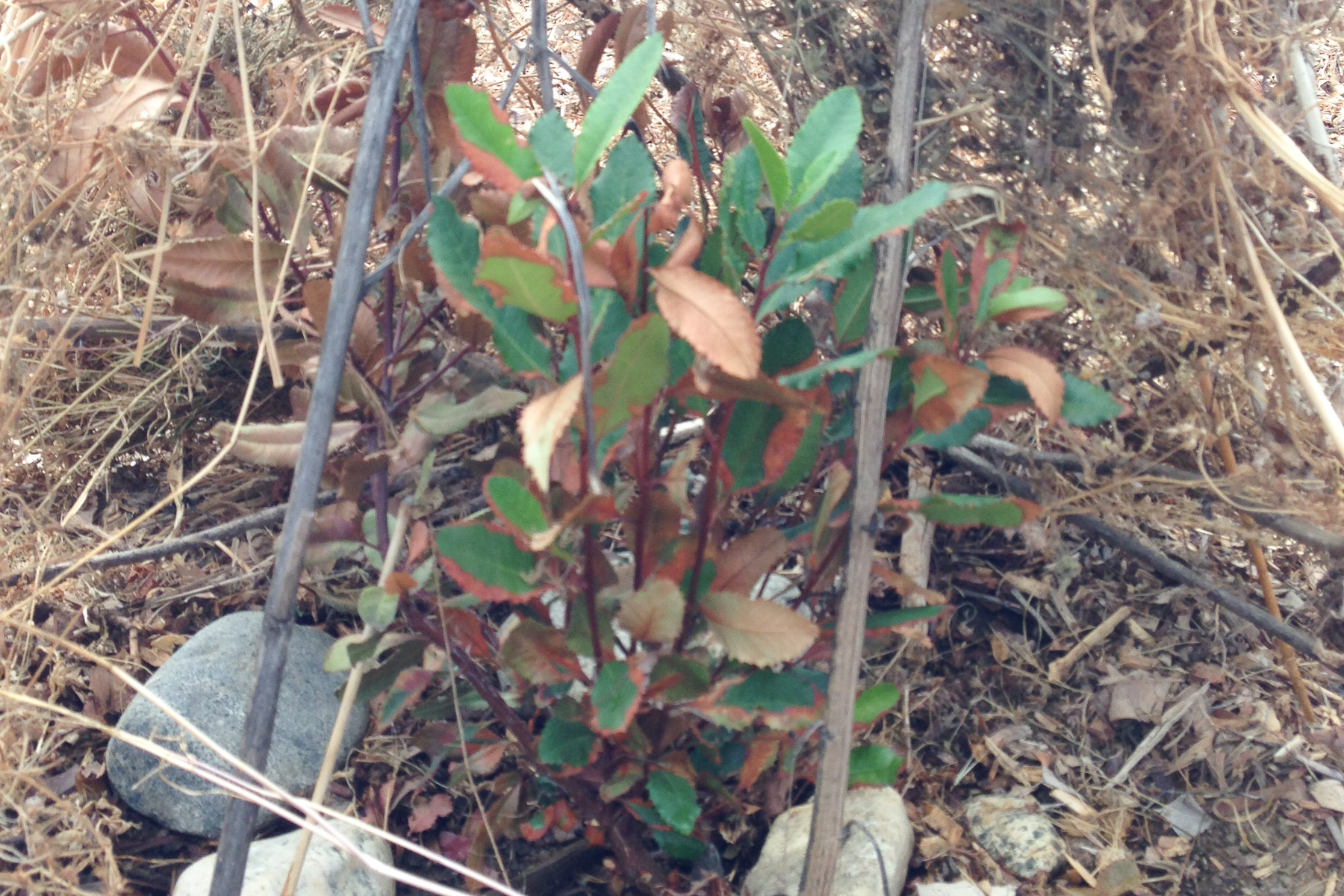 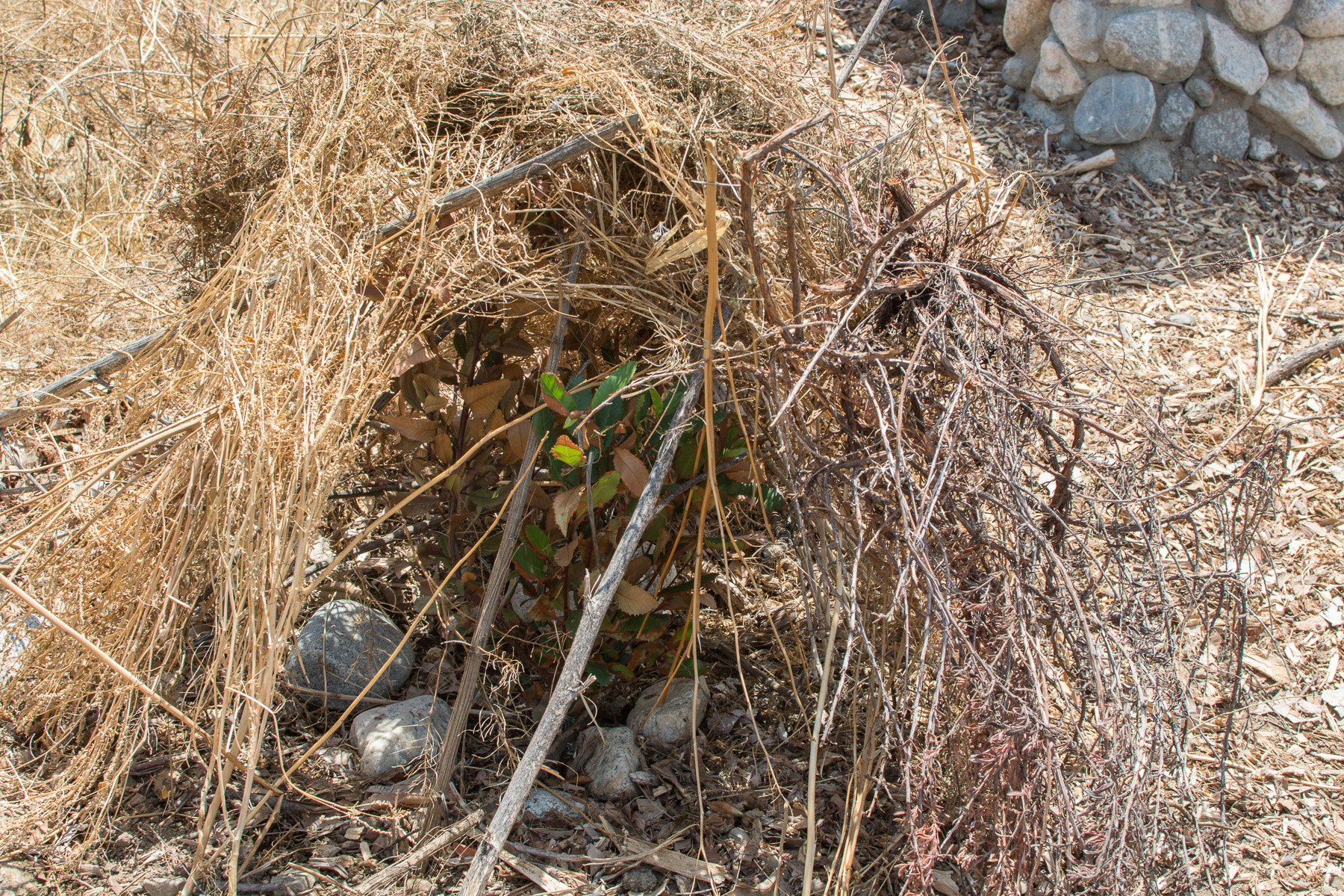 Heteromeles arbutifollia
The toyon on the right is very different from all others in the park. It has smaller leaves and yellow-orange berries. It also weathered the heat much, much better than others like the one on the left. 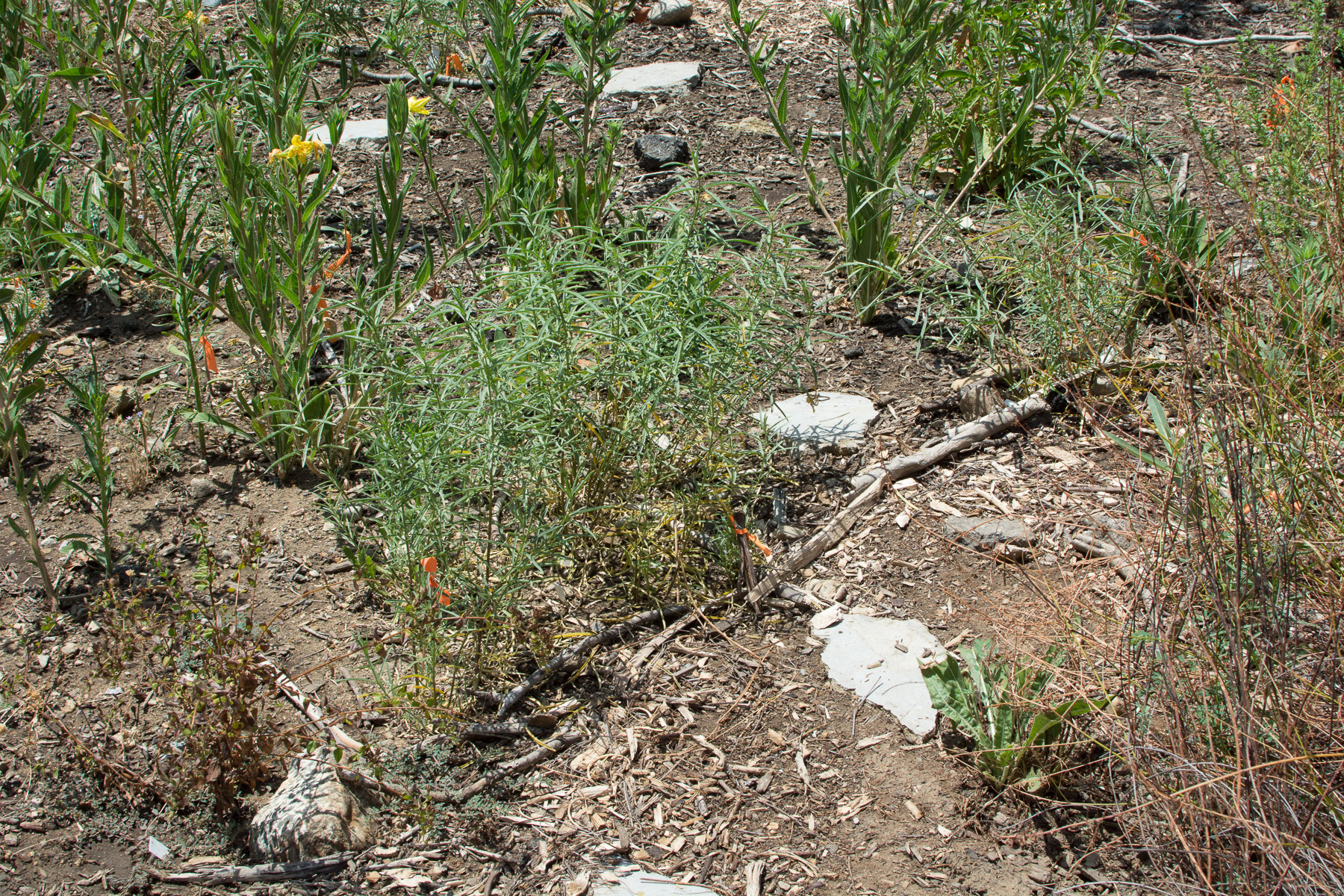 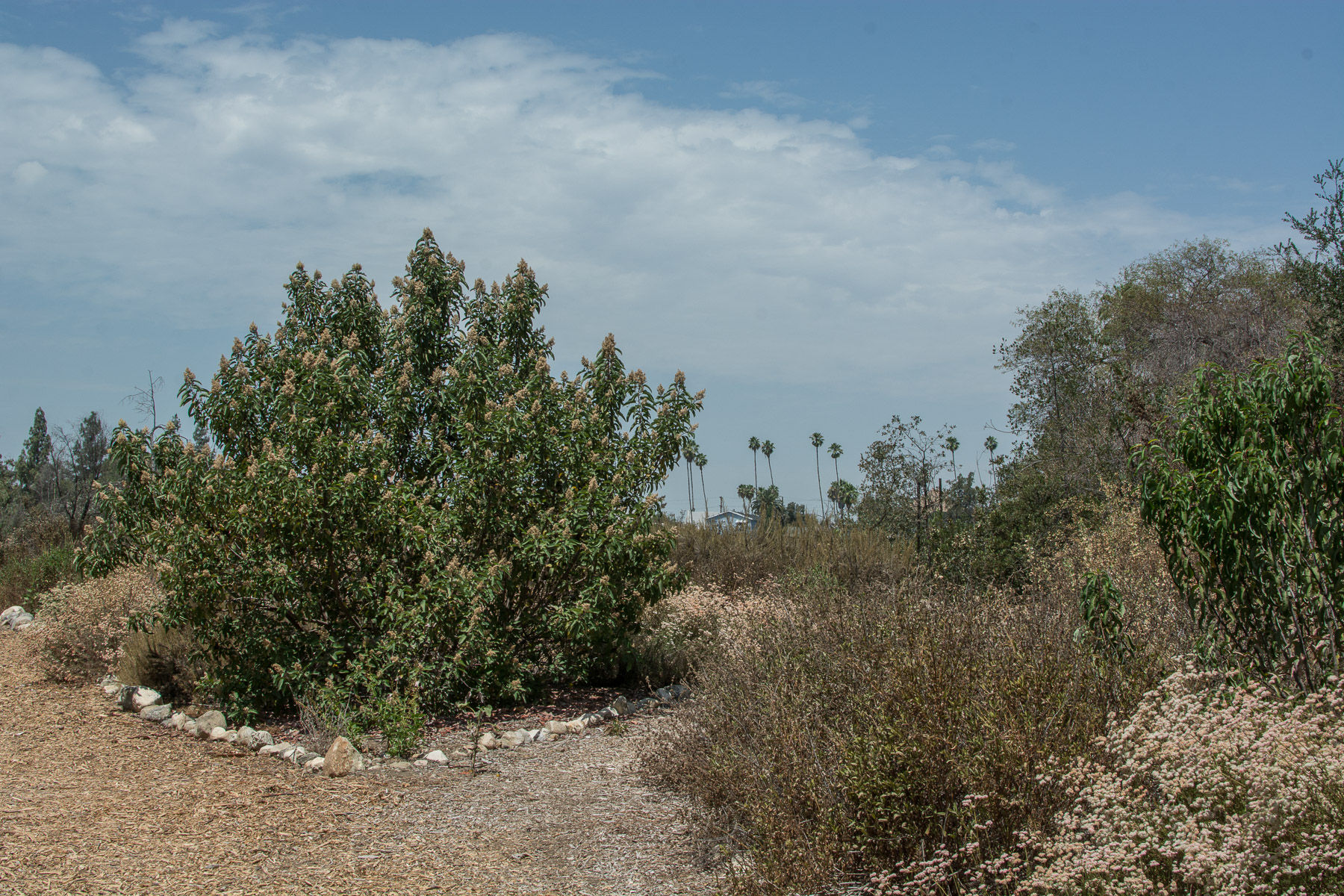 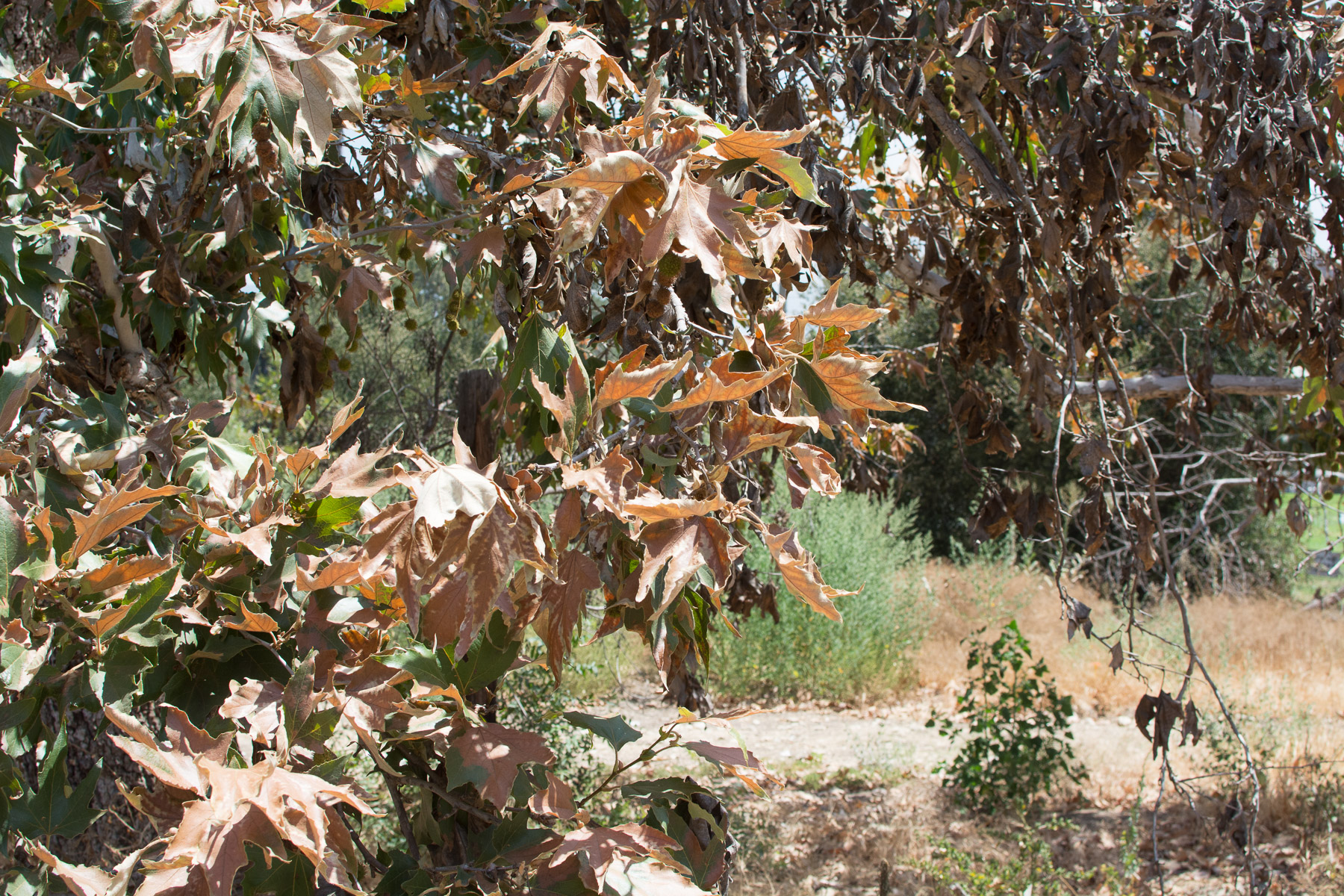 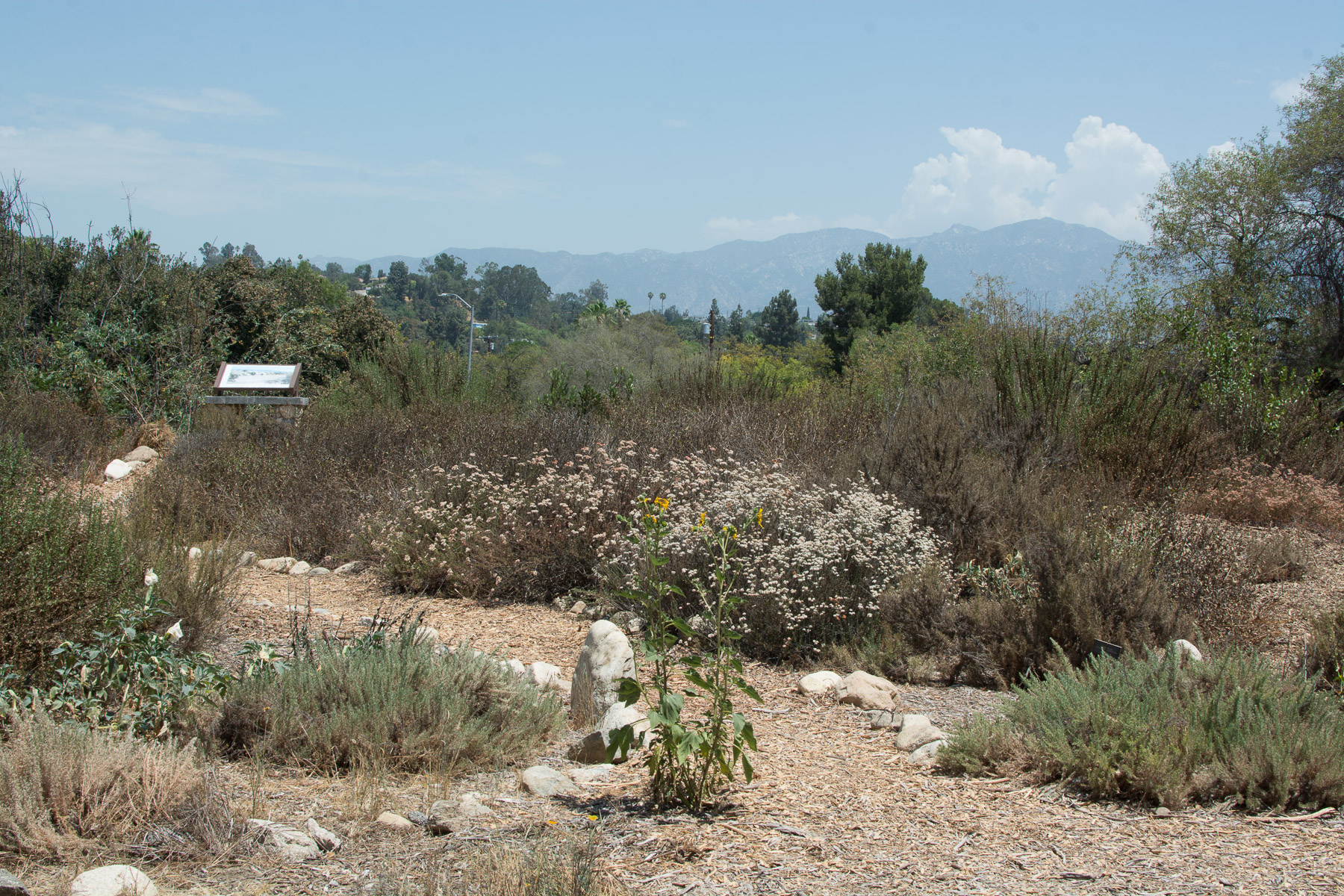 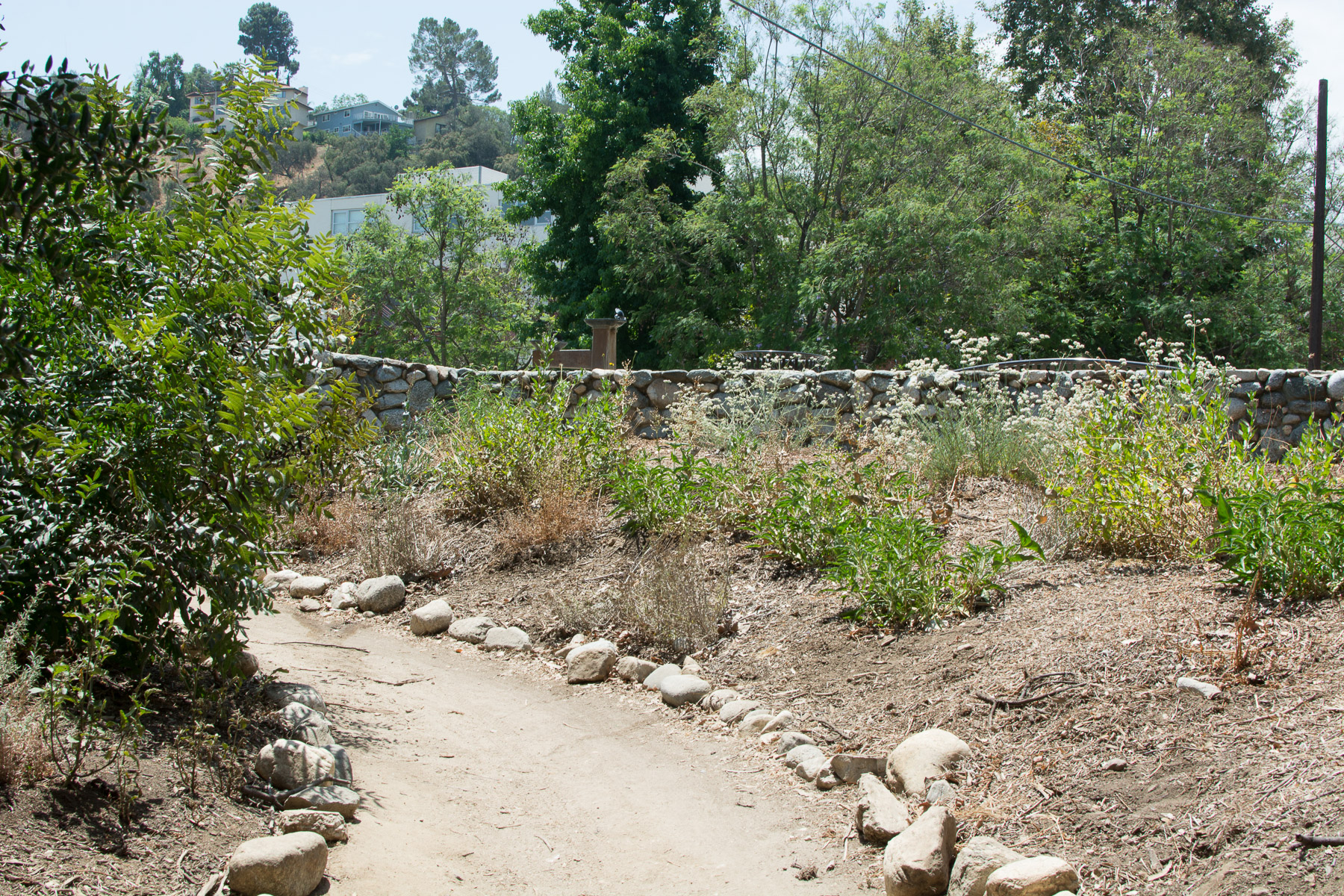 Entrance plants
New planting at entrance is doing okay. Golden yarrow were hit badly. The one milkweed up there looks great. Some yellow bush snapdragons got scorched, others made it.